At TRFS, we support people to be as involved in their communities as they would like to be.  Arthur's story below exemplifies the benefits of making sure people are supported to get involved and achieve what matters to them.

As a parishioner of St Madoes Church, Arthur has been involved in the development of The Madoch Centre from planning stage.  Arthur attended community planning meetings where he discussed his feelings on what was important to him.

Arthur's dream became a reality on 27th May 2019 when he was the guest of honour at the opening ceremony of a sensory room within the centre.  His involvement was so important, The Madoch Centre named the room 'Arthur's Space'.

Below you can see that Arthur was absolutely delighted with the end result! 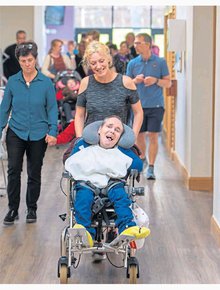 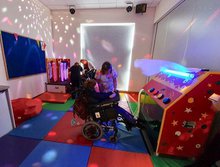