Reaching out from Sheriff Park!

While everyone is doing there bit by staying at home, the people we support and staff in our Sherriff Park service have been thinking about their friends in the community that they haven't seen since the groups they normally attend have been stopped. During Mental Health Week, they wanted to reach out to say ‘Hello’ and let everyone know they were thinking of them. So that is exactly what they did!

Gary, Martin and Mark all wrote letters to a few people in the community.  Included with these letters were some random things to help keep everyone busy such as positive quotes, tongue twisters and colouring in pages. Since these were sent out, the service have received a letter in return and a few calls from people thanking everyone for the letters with promises to write back. 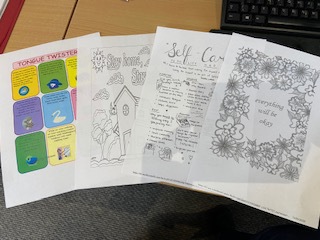 They decided to even cut out the positive quotes and have placed them along their driveway so anyone coming in or out would get a wee message.  Everyone at the service wants to keep spreading their 'paper hugs' and reach out to as many people as possible so that everyone knows we are in this together and we got this. #TEAMTRFS 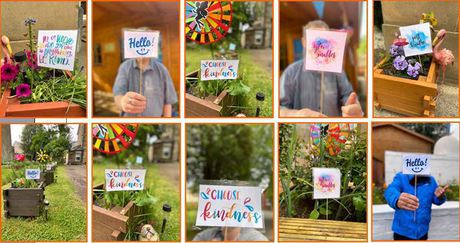