Lyndsay was the Belle of the Forth!

On a gloriously sunny day Lyndsay, from our West Fife services, was supported on a trip out on the Forth Belle boat for a two hour cruise of the Forth.  Eating a picnic lunch on the beach under the Forth Railway Bridge prior to the 1pm departure time she was already engaged in the trip, asking questions about the boat itself, other sea vessels that she could see and all the sort of wildlife that lived in and around the River Forth.

Excellent social distancing skills were displayed while waiting in the queue to get on the boat where Lyndsay had the opportunity to meet the captain and crew, asking them questions and generally chatting about the trip.  Settling in seats of her choice on the deck yet under shelter, she excitedly exclaimed that she had the good butterflies.

From the moment the boat left the pier till it docked back ashore Lyndsay was fully engaged in the experience.  The Forth Belle has a pre recorded commentary which she listened to with interest and asked follow up questions related to the topics being discussed.  The ultimate highlight of the trip for her was to see the seals basking.  The boat's Captain slowed the vessel right down and got up close. 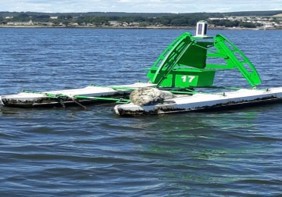 Crouching by the railings she was able to see them in more detail and was whispering while talking about them.  She was thrilled to discover that due to the time of year that there were a couple of pregnant seals and that on a couple of months there would be seal pups.  Upon seeing Inchcolm Island (which was closed to the public on the day of the trip) she expressed a great desire to visit the island in the future.

There were many points during the trip that Lyndsay would simply close her eyes and enjoy the experience and sensations, taking deep breaths and letting the movement of the boat rock her which she found very soothing.  Discussed that when she gets stressed or upset in the future she can close her eyes and imagine being back on the boat, with her eyes closed she described what she could smell and hear.  Multiple times during the latter part of the trip she kept asking if she could come back for another day out on the boat as she was enjoying it so much.

The trip had been a completely new experience, taking her out of her comfort zone in a positive way.  She was able to focus on new information being presented via an audio system on the boat.  Quite often Lyndsay will give the impression she is listening when she is actually more likely to be taking on board a very select amount of information mulling it over within her mind, however on this occasion she was engaged on a broad selection of topics, many of which are alien to her life or her interests.

The positive effect on her mental well being of the day was also evident when she suffered the disappointment of not speaking to her boyfriend in the evening.  While she did pass comment and looked for reassurance she did not fixate on the disappointment and conversation returned to her day out by Lyndsay’s own guidance.  Even the following morning when she was woken for her medication the first thing she asked was ‘When can I go back on the boat?’ 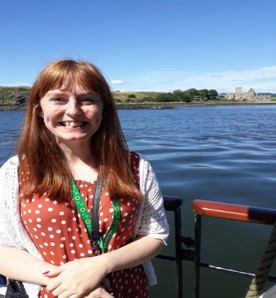