John is a friendly, chatty and sociable man who lives with his cat Tails. We have supported John for a number of years to help him maintain his tenancy and develop his independent living skills. When we first started supporting John his cooking skills were very basic with him getting most of his meals from a packet or a tin.

Staff asked John if he would like to improve his cooking skills but initially he wasn’t too keen. Staff knew he liked cakes so as a way of encouraging him they suggested he started making cakes from a packet. John liked this idea and so began his love affair with baking cakes and an improvement in his general culinary skills.

Since his first tentative steps into making cakes from a packet John now bakes everything from scratch. During lockdown John has kept himself busy and as you can see from the photos he has become a dab hand at chocolate cakes and also bakes scrumptious cup cakes. 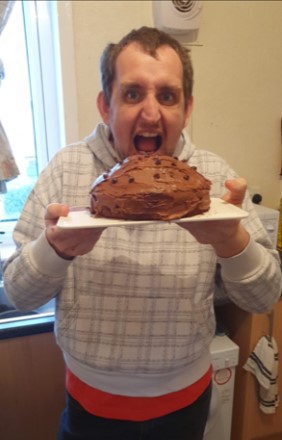 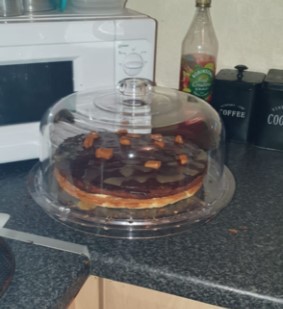 As a result of his cake baking exploits, John has branched out from meals from a tin and has several recipe books including his favourite for Mexican dishes.

John plans to continue to improve his baking skills encouraged by his staff who are happy to try out his latest creations!