Participatory Funding Event in the South

On 11 September 2013 The Richmond Fellowship Scotland Participatory Funding Event for the East Renfrewshire, North and South Lanarkshire areas took place in the Banqueting Suite of South Lanarkshire Headquarters in Hamilton.

Bids were received from eight groups of people we support from over the 3 areas. They were for, a trip to Millport, trip to a Premier League football game, a family fun day, activities for their new cabin, funds for training cycling leaders, funds for a Burns Supper, funds for a Drama Group and funds to celebrate the Commonwealth Games coming to Glasgow.

Each of the bidding groups were piped in to the hall to begin the proceedings. Provost Eileen Logan of South Lanarkshire then opened the day with a very warm word of welcome.

Alex Gilmour Team Manager was the compere for the day and added his wit and one liners between each group's presentation. People we support then had the chance to vote for the bid they felt most deserving placing their voting card in the creatively decorated voting box each group had made.

As the votes were being counted and people were enjoying their tea and scones we were entertained by a drama workshop from Theatre Nemo and people we support and by a singer who encouraged people to sing along.

On the day there were no losers and each group was presented with their cheques (as seen in the photographs ) by Austen Smyth, Chief Executive Officer and Frank White, Executive Director. Each group left delighted with the money to spend on their projects and with many smiling faces.

Special Thanks to all who took part in the steering group, especially Marion Brown and Lesley Cameron in making this event possible and a great success.

The success of the event was echoed by the Provost who waited to the very end to see the results despite other pressing engagements. We were also delighted to receive a letter from the Provost thanking everyone for the hard work in organising and presenting their bids and stating she had a very enjoyable afternoon. 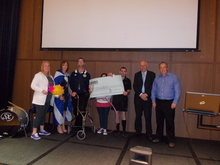 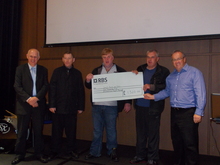 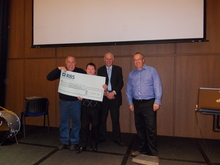 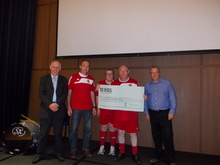 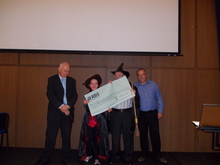 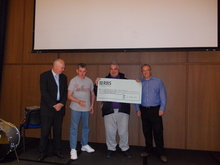 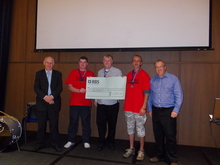 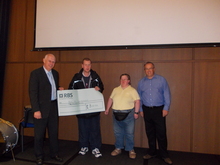